In a few weeks I’ll be performing at the Rally in the Valley for the 4th year in a row
This fantastic event is hosted by the Street Lordz Car Club, and held at the Bullskin Township Fairgrounds in Bullskin Township Pennsylvania!

This is something that we look forward to every year.
The first year I played at the Rally in the Valley, I had just gotten the One Man Band up and running and this was one of my first really big shows with it.
I did pretty good I guess, because they keep asking me back!
We met so many great people and made so many friends… it’s really great to get out and see everybody every July

All of the cars there amazingly fantastic, and the people ever more so.
It’s always a thrill for me to be amongst people who have such a strong passion for something, and car people definitely have a passion and dedication (obsession?) which I love to be around.

One of my favorite things about this show is that all of the trophies are hand made, one of a kind, original pieces of art.
You all know how much I love that DIY spirit in action.

And, as a huge bonus for me personally, every year The Legendary Hucklebucks are on the bill as well.
When I first got into playing rockabilly, years ago, I joined a band put together by my awesome friend Rockabilly Ray Kollar.
At the first rehearsal, Ray handed me several CD’s one by the Hillbilly Hellcats, and the other by the Legendary Hucklebucks.
Ray told me, just play like these guys and you’ll be fine!
Well nearly a decade later, I still can’t play like any of those guys!
Ray was setting the bar pretty high!
The Legendary Hucklebucks are gritty and raw, they play sort of a dirty blues-a-boogie, urgently rockin' psychobilly, with a twist of punk and metal...the kind of music that just says Pittsburgh, (which is a city that I LOVE by the way)
Piddles is a legend on the upright bass, and Ted is truly a one of a kind front man; a terrific singer and a fantastic harp player. (Johnny and the rest of the guys are great too!)
I can’t tell you how much I LOVE the Hucklebucks

And, I’m not sure about this year, but usually my friend Memphis Mike is on the bill as well.
Memphis Mike is a one of a kind rockabilly guitar legend.
He’s met and played with everybody.
Do yourself a favor, if you love rockabilly and country blues guitar, find Memphis Mike, and start up a conversation with him.
He loves to share his knowledge, and you will love listening to him converse as well as listen to him play

Anyway, this is really about the car show that The Street Lordz put on.
It’s a fist class event, and if you love vintage cars and vintage music, and you live anywhere within driving distance of Bullskin township PA, you owe it to yourself to come on out and spend the day with a bunch of folks with a passion for cars and music! 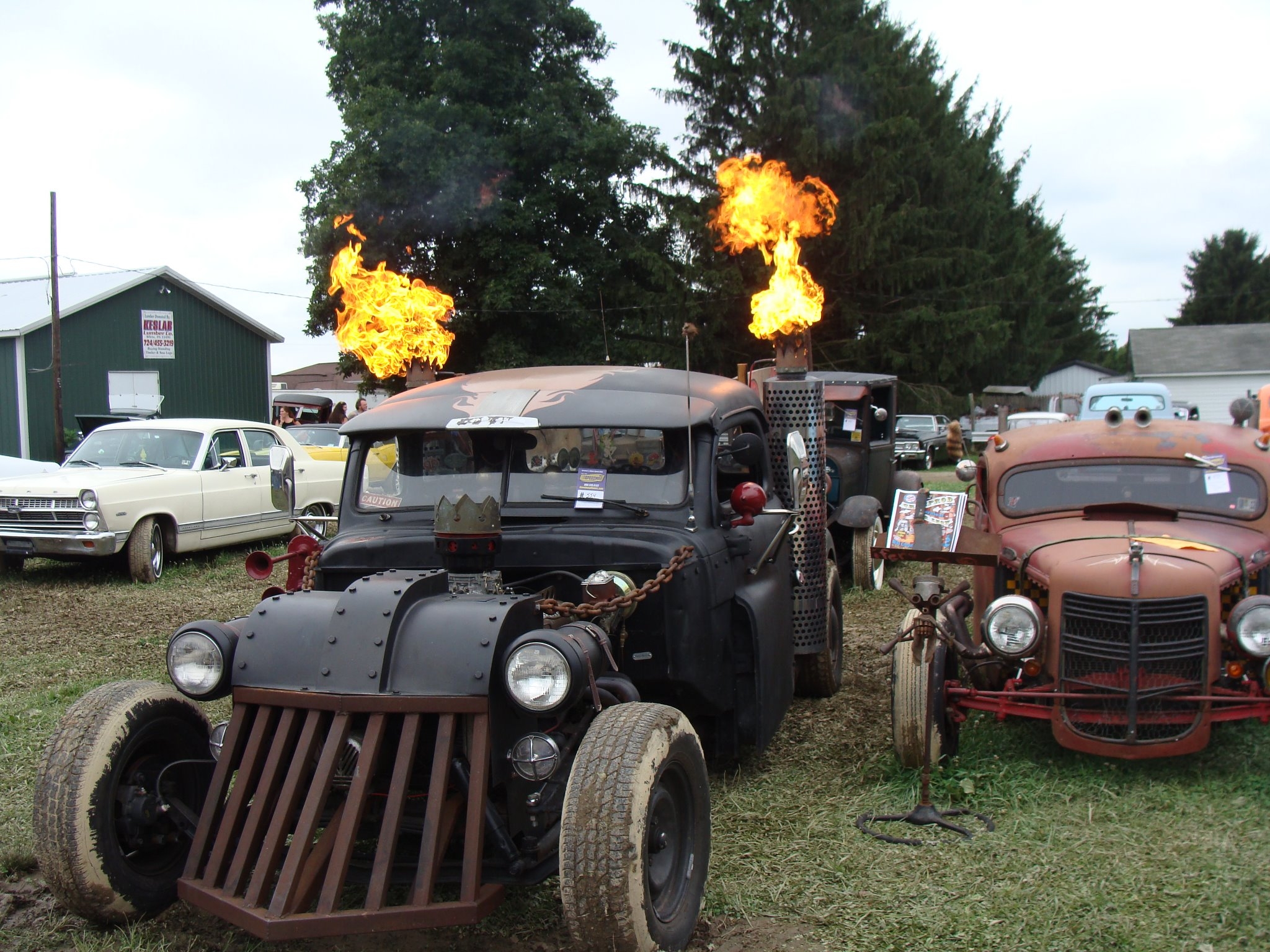